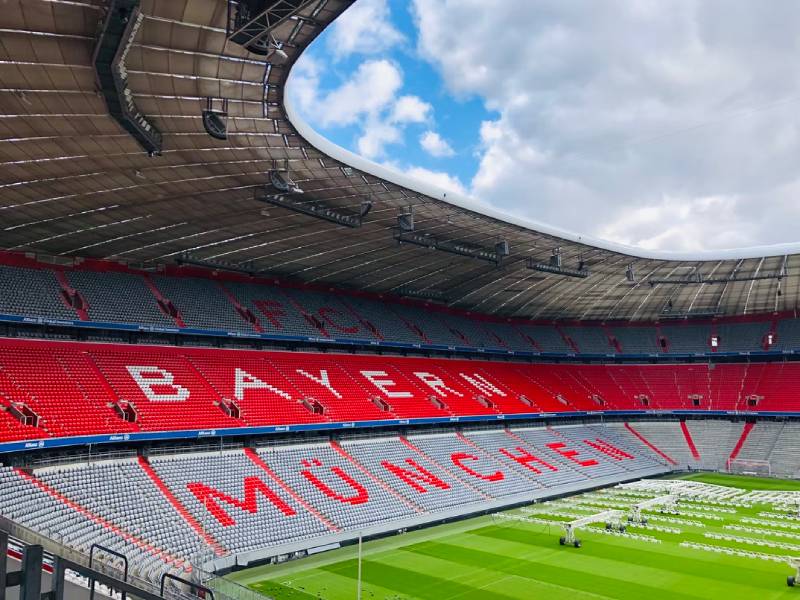 Bayern Munich are said to be readying a third bid for Sadio Mané’s services, but the Reds are holding firm over their transfer fee. A third offer worth a reported £35m is set to be tabled, amid stories suggesting the Senegalese ace has already agreed personal terms with the Bundesliga champions. After six years at Anfield, Mané is said to be eyeing a fresh challenge. However, after plundering 90 goals in 196 appearances for Liverpool, there is something to be said for feeling at home in a team that plays to his strengths.

Mané’s electrifying speed and ability on the ball has made him the ideal counter-attacking outlet through the years. Equally, when Liverpool have adopted a high press, his immense stamina and energy have ensured he’s always been capable of defending from the front. However, there is a sense from Mané that he wants to be the main man. Although he has been a vital cog in the Reds’ frontline, most Liverpool fans would agree that Mo Salah continues to get the limelight. Salah is still keen to sign a new long-term deal with the Reds too. With Mané struggling for parity with the Egyptian, both financially and in the eyes of supporters, it’s not a shock that he’s pushing for a move elsewhere.

However, Liverpool legend and current Aston Villa manager, Steven Gerrard, believes Mané would be making a serious error in leaving Merseyside. Gerrard said when quizzed by BT Sport that he was stunned as to “why [Mané] would want to leave this Liverpool team” given that “they are going to be competitive in the business end of the [2022/23] season”.

You only have to look at the 2021/22 Bundesliga table to see that it’s pretty much a two-horse race in Germany’s top flight. Bayern Munich and Borussia Dortmund are streets ahead of the rest, with Bayern even finishing eight points clear of Dortmund to stroll to the Bundesliga title. While this gives Mané a shot at landing more major honours, will it taste as sweet as another possible Premier League title? The Reds are sure to be included in the 2022/23 pre-season accumulators of fans that like to correctly predict the winner of the top four divisions in English football.

These are one of the most popular football betting markets, particularly during the pre-season where fans like to weigh up the title contenders across all four professional leagues in the English game. Although Manchester City pipped the Reds by a single point, Liverpool are in good shape to go again next season. The capture of Darwin Núñez from Benfica is an exciting move, although the Uruguayan’s arrival – along with the capture of Fulham starlet Fabio Carvalho – could be a sign that the club is prepared to allow Mané to move on.

The grass isn’t always greener away from Anfield

Mané should also be mindful that many Liverpool stars have moved on to pastures new in recent years, only to see their careers suffer. Philippe Coutinho is a prime example of this. The Brazilian playmaker left Anfield for Barcelona in a deal worth an initial £105m. However, Coutinho’s time at the Camp Nou was riddled with injuries and bench time. Just 12 months after the fanfare of his arrival at Barca, Coutinho was already being touted around to other clubs throughout Europe. Although Coutinho has publicly insisted he has no regrets surrounding his Liverpool exit, it’s doubtful he will recapture the kind of form that made him such a hero on the Anfield Kop.

Dutch midfielder Georginio Wijnaldum has also seen his career take a nosedive after winning the Premier League title with the Reds. Wijnaldum was enticed to French big spenders PSG in a deal worth £300,000 a week. However, the 30-year-old was nothing more than a bench player and admitted this took some “getting used to” having been a key figure in the Liverpool midfield.

The previous section goes to show that it’s not all that simple for a player to sign for a team that can fulfil their full potential. At Liverpool, Mané has undoubtedly been playing at the peak of his powers. Whether he can maintain that standard for a club like Bayern on the other side of 30 remains to be seen. Liverpool’s owners may accept that selling Mané and signing Núñez is the kind of business sense needed to keep the Reds moving forward.