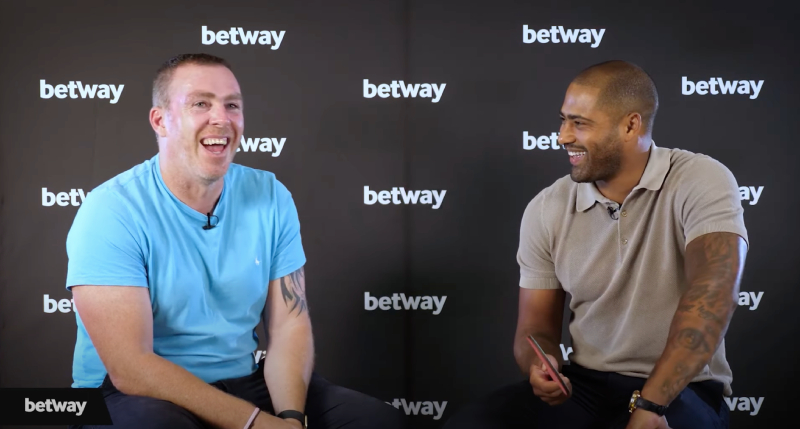 The 37-year-old spent 6 years at Anfield after being brought in by former Reds’ boss Rafael Benitez from Portsmouth for £18.5million in 2009. He went on to make 200 appearances for the club before making the switch to Stoke City in 2015.

Johnson and Dunne were asked a series of questions with each having to decide ‘Red’ or ‘Blue’. Below is a selection of questions that were posed.

Who has the best front 3?

Dunne said: “Foden is an unbelievable footballer. Jack Grealish is going to improve massively this year and then you add in Eling Haaland. I don’t think Nunez is going to have the same impact as Haaland, so yeah I’m going for City.”

Johnson said: “I’m doing it with Haaland out the equation because he hasn’t done anything yet all right but obviously Nunez is my gamble. I think Diaz is top class. Mo Salah is probably the best striker in the league. If Nunez can get it right with the other two I think that three will be more dynamic than the others until Haaland performs.”

Who has the best defence?

Johnson said: “It’s not so much the actual defence. I think with Fabinho when he’s fit and sitting in there, I just think that sort of triangle of three is more solid.”

Dunne said: “I would look at Liverpool and say probably Van Dijk, Konate are better than Dias and Laporte, but the way Liverpool defend I don’t think is right. They defend too high up. They run back in straight lines and I think Man City as a unit is stronger.”

Who has the best goalkeeper?

This time the duo were in agreement with them both selecting Blue.

Dunne said: “If you’re looking for someone who can save shots, but also create goals, Ederson is the one. He can kick the ball about a hundred yards and throw it onto people’s toes. I think on that one we agree.”

Who has the best player?

The duo agreed again on this one by both selecting Blue.

Johnson said: “It pains me to say it but it’s got to be De Bruyne for me.”

The duo also discussed who had the best manager, which club was the biggest, who was more likely to dominate for the next ten years and which club is most likely to win the Premier League this season. You can find their answers by watching the interview in full here.